Eduardo Kac is internationally recognized for his groundbreaking and influential contributions to the development of contemporary art and poetry. In 1997, Kac sent shockwaves across the world by becoming the first human to implant a digital microchip through his work Time Capsule. It was also in 1997, in the context of Time Capsule, that he coined the term Bio Art, thus igniting the widespread development of this new art form. In 1999, he created the artwork Genesis, in which he encoded an English statement into living bacteria, allowed Internet participants to mutate the bacteria, and then decoded the mutant DNA back into altered English. In 2000, Kac made what many consider his most famous work; entitled GFP Bunny, it is comprised of a green fluorescent rabbit called Alba. By splicing jellyfish and rabbit DNA, he originated the first mammal in the history of art. Kac’s 2009 work Natural History of the Enigma, in which he created a new flower with his own DNA, earned him the Golden Nica Award, the most prestigious award in the field of media arts and the highest prize awarded by Ars Electronica. In 2017, the New York Times published a full-page article about Kac’s Inner Telescope, a work he conceived for and realized in outer space with the cooperation of French astronaut Thomas Pesquet. His work is part of the permanent collection of the Museum of Modern Art in New York; Tate Modern, London; Victoria & Albert Museum, London; the Museum of Modern Art of Valencia, Spain; the ZKM Museum, Karlsruhe, Germany; and the Museum of Contemporary Art of São Paulo, among others. 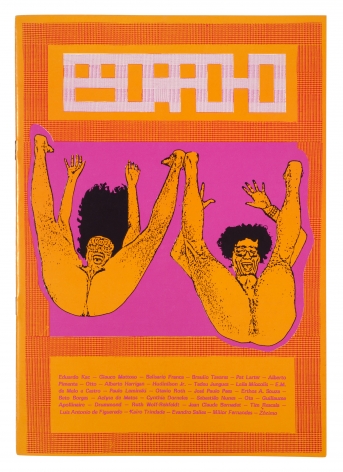 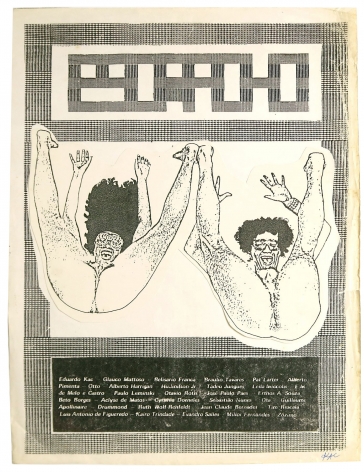 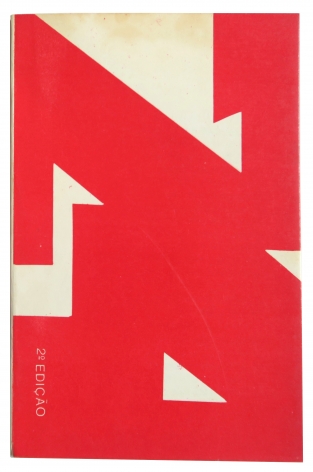 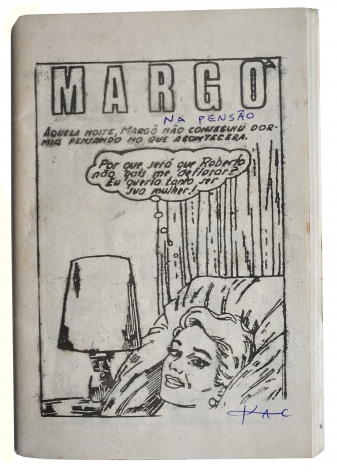 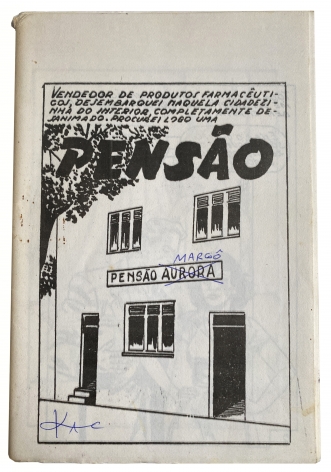 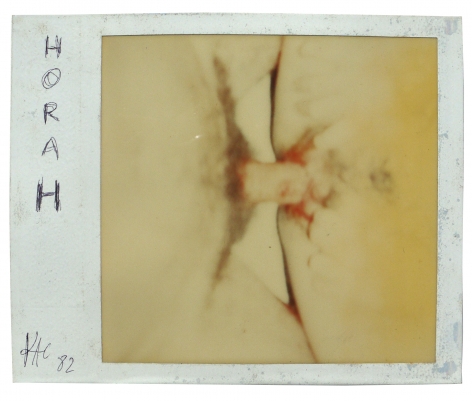 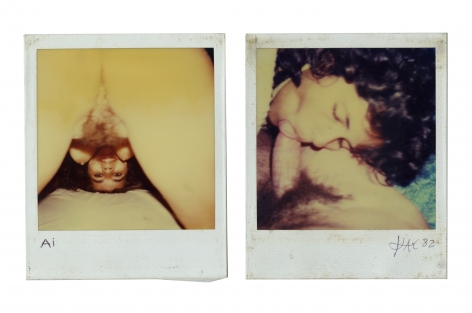 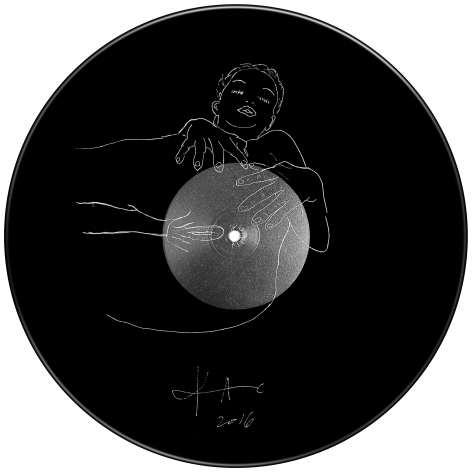 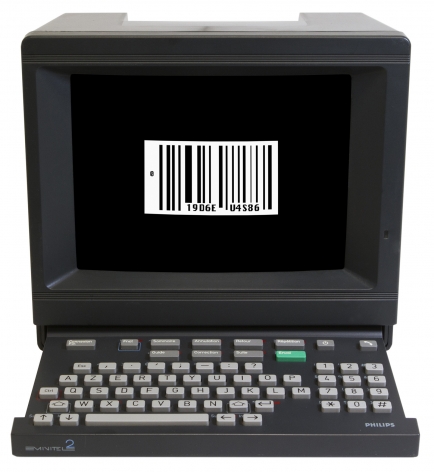 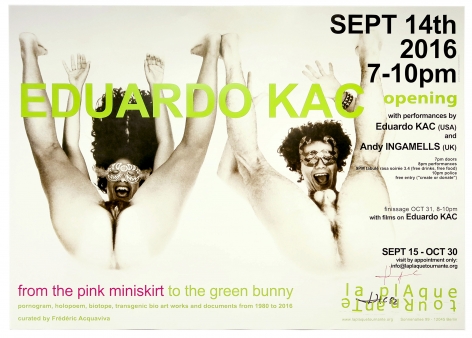 Eduardo Kac
from the pink miniskirt to the green bunny 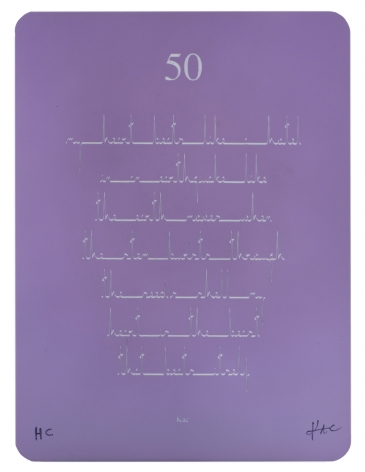 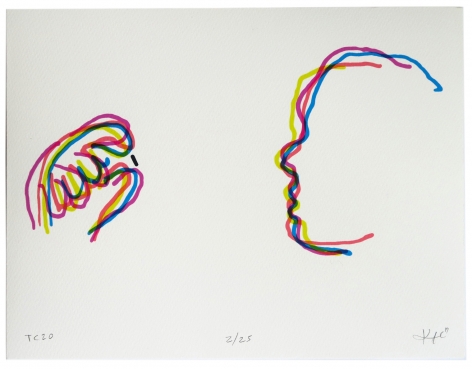 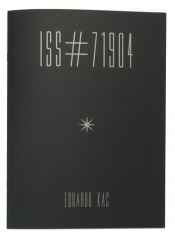 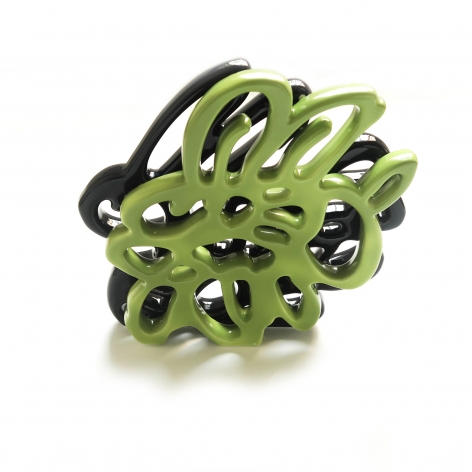 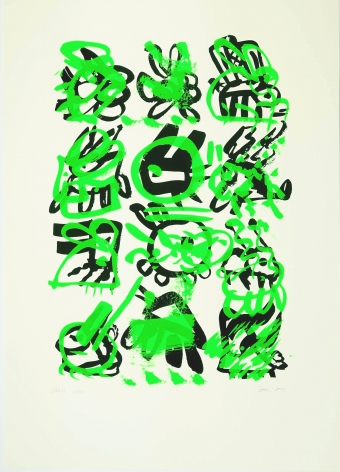 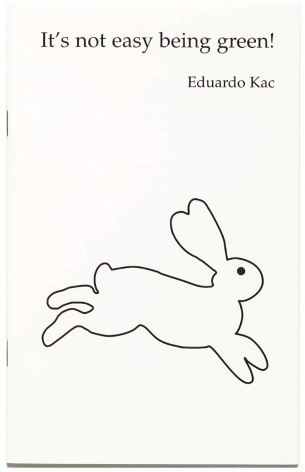 Eduardo Kac
It's Not Easy Being Green! 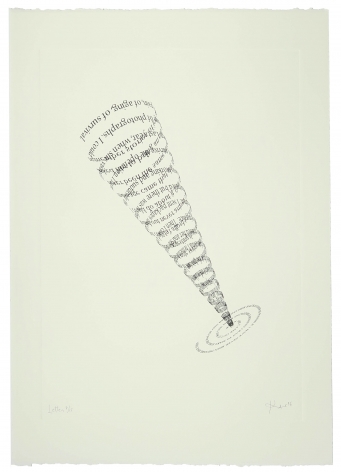