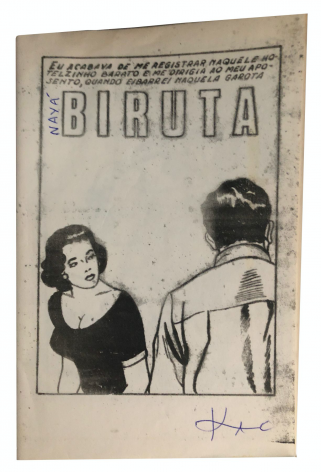 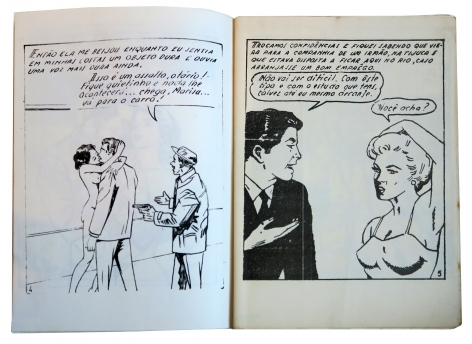 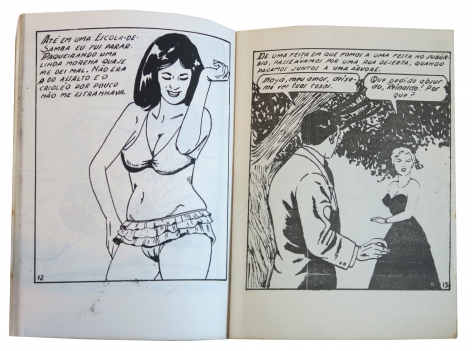 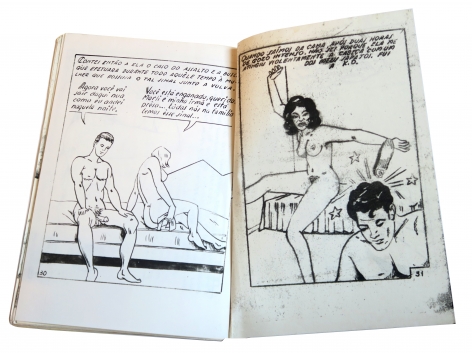 Kac made a number of artist’s books in the context of the Movimento de Arte Pornô by subverting the conservative underground pornographic comics of the time. Kac took apart two or more of these comics, recombined the pages, put the comics back together under original covers, and added hand written words to modify each comic’s title. As a result, the original storylines could no longer be followed, producing an incongruent, discrepant and jarring new story.

Kac’s method made evident the heteronormative clichés that characterized conventional pornography while originating new, playful reading experiences. These new books were created as a critique of the narrative found in the original books, which often portrayed women as objects of seduction and homosexuality as demeaning. Most of Kac’s books were recirculated through underground channels, leaving just a few available examples today.